The Internet: "Do You Who is Talking to Your Kids?"
The Return of Civility 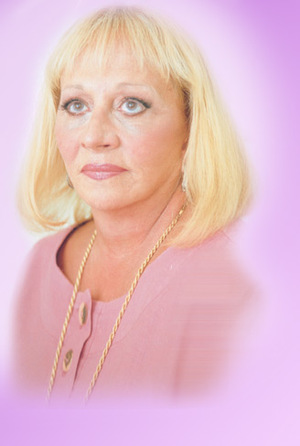 I hate the negative approach of putting people down, making fun of them or proving how wrong they are in order to make yourself look right. Most people don't respond well to negative spin, except in some sick or perverse manner. Not that I'm above these base tactics, it's just a cheap shot. There certainly is nothing attractive about putting people down or "putting them in their place" in front of others. Negative people might be attracted to negative reporting, but that doesn't mean every once in a while you shouldn't blow the whistle, expose the lie, or just "say something!"

Sylvia Browne is a phony, is dangerous, does not bring hope to people and must be stopped.  On Saturday, January 27, 5 PM eastern time she will be doing a live presentation of her "Predictions for 2007." Her predictions are more than just parlor games, tricks, fun or educated guesses.  Her predictions are sorely wrong, hurtful and dangerous to people looking for hope. She ought to be banned or at least boycotted on a large scale. SHE IS DANGEROUS TO THE EMOTIONAL, MENTAL AND SPIRITUAL HEALTH OF PEOPLE EVERYWHERE.  Stay away from her!!!

Consider how hurtful these "predictions," "psychic vibrations," and "pronouncements" are. (Click the underlined links to read the stories.)

* She told the parents of Shawn Hornbeck (the boy missing for four years and recently found with another abducted boy) that their son was dead! How creepy is that?!?!  It was on the Montel Williams show that Browne originally told the parents that Shawn's body was near two large boulders in the woods. After telling them he was dead she offered to help find the body for $700 a half hour. Her response to authorities after finding the boy was that she is right enough times for it to not make difference. Right, Unless, you're the family! Not to mention she told a national television audience he was dead! Watch here for some discussion on Fox News about Sylvia's wrong assertion that the boy was dead.

* Based on a "strong psychic feeling" she convinced people to give her money to invest in a mining operation. One young couple gave her $20,000 and rather than invest it in mining, she invested it in her own "Nirvana Foundation for Psychic Research." She was indicted on grand larceny charges. She plead "No Contest."  She said she failed because her psychic abilities don't work for herself. Well, they didn't work for the young couple either!  Here's an article titled, "Sylvia Browne Failed to See Her Own Criminal Conviction"

* Watch here as she tells parents their daughter was shot.  The parents tell her, "No," the girl just collapsed in her bedroom.  This stuff is utter foolishness.

* She stated the Sago Miners were all alive and then changed that after the news came out that they were all dead.

* In 1999 she told a grandmother that her abducted six year old granddaughter was not dead, but had been sold into slavery and was in Japan.  Later that year a convicted sex offender was charged with her death and her body was found 13 miles from the home.

* She predicted the troops would be home from Iraq in 2004 and then in 2005 and then in 2006.  How awful to hold out false hope like this to families that have loved ones in the line of fire day after day.

* She is also the founder of her own church.

* For the stupidest thing you'll ever see in your life, watch how Sylvia Brown on Montel Williams tells a girl that lost her firefighter boyfriend on September 11th that he died from drowning, "just like that girl in Aruba."

The Bible tells us to beware of false prophets and prophets whose prophecies don't come true.  Beware of Sylvia Browne, she did not bring any comfort to the families involved in the stories mentioned.  Jesus said, "My sheep know my voice."  Listen to Him. He will never leave or forsake you!  And he certainly won't sell you bad information!

(the picture of Sylvia Browne is taken from her website.)

More amazing than how off she is, is the fact that people will put hope in her. If only they would put their trust in God.

I guess the reason people listen to her is that they want hope and they want answers to the big questions, like "What happens when we die?" Jesus offers it all! It's free & He is always right!

The thing that makes me cringe the most is that Sylvia Browne, along with other self-appointed psychics like James Van Praagh (Talking to Heaven)are claiming that their "gifts" are from God, with Sylvia Browne even proclaiming that she is a Christian. It may seem easy for us to dismiss them as kooks (or worse, for if they really are chatting with spirits, we know those spirits are not of God), but apparently millions of others are not so quick to dismiss them.

And it is no wonder that so much of the world can not distinguish what is a true prophecy and what is wishful thinking or mumbo-jumbo when we have people like Pat Robertson in our "own" camp spouting all kinds of nonsense and gobbledy-gook out of his own mouth, all in the name of Jesus. No wonder people are confused. (I'm sure I just opened up a whole new can of worms there.)

People are longing to hear from God, but on their own terms, and not on His. We have His Word, His personal love letter and user's manual to us. He does speak through it (quite directly and bluntly, I might add!). We have prayer, which is an ongoing dialogue with God. Instead of using what God has given us to be in communion with Him, we instead want quick, direct answers -- on our own terms, of course. It's evident as more and more fad religions pop up, courses to get to God easily ('Conversations with God' comes to mind), and psychics who seem to have a direct line to God's voice -- in essence playing mediator between others and the Father.

But we know who the true Mediator is. His name is Jesus Christ.

I found your blog after wondering how much she is incorrect. HayHouse radio online carries her show and something about her responses on the show disturb me ... I just can't explain why. I usually put in some music for the hour that she is on. Did you ever get much response from this post?
Catherine, the redhead blogger

No person can talk to dead people. That is not true. No one can come back from the dead to converse with the living. I guess if you are a heavy drinker one can do this but that is their imagination.
Regards
Richard

Is there a book published that disputes Sylvia Browne?
(of course, the Bible, but, my dad won't read the Bible yet and needs to see how terrible Sylvia is.

Free psychic reading gives the chance to inspect a psychic reading in new ways. It can give spiritual direction. Some people like to get love readings while some other about career, marriage, money etc.

I know some people are kooks and I've never heard of her till tonight. For some reason she is on Love Line with Dr.Drew of all things. How odd. Adam Corolla to this lady.

But what ever, what I really want to say is she may be pushing way to hard on the fact that she is a psych. But I heard her mention tonight on love line about forseeing the future by being intutive or clearvoiant (sorry I have terrible spelling) but I never have practiced anything of the occult asked for this. But since I was a child at the age of 5. I can see short bursts of the future. I won't go around and say I can predict the future or talk to the dead. But I have seen some crazy things. And when I'm overly emotional these come very often.

So I don't think you can dis ban the belief that there are no such thing as a psych people. But to actually see the future when you don't ask for it and then it happens. It gets pretty weird.