The Faith of Super Bowl Coaches Tony Dungy and Lovie Smith
Thank You! 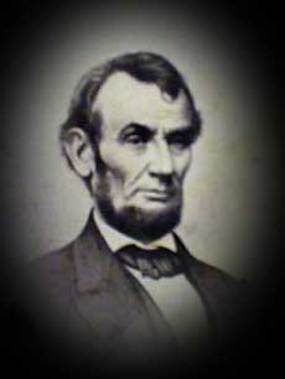 Abraham Lincoln has an amazing legacy from his involvement in ending slavery in the USA, to being on the penny, to having a load of schools named after him, to having Martin Luther King preach his famous, "I Have A Dream Sermon" from the steps of the memorial named after him. But my favorites are Lincoln's failures. Or his perseverance, depending on which side you are looking at it from. In honor of his holiday, enjoy the timeline of his failures and some quotes by him on perseverance.

Here are some famous Lincoln quotes on hanging in there!

"You can not fail in any laudable object, unless you allow your mind to be improperly directed."
--From the July 10, 1848 Letter to William H. Herndon

"If you are resolutely determined to make a lawyer of yourself, the thing is more than half done already."
--From the November 5, 1855 Letter to Isham Reavis

"The fight must go on. The cause of civil liberty must not be surrendered at the end of one, or even one hundred defeats."
--From the November 19, 1858 Letter to Henry Asbury

"I know not how to aid you, save in the assurance of one of mature age, and much severe experience, that you can not fail, if you resolutely determine, that you will not."
--From the July 22, 1860 Letter to George Latham

"Your good mother tells me you are feeling very badly in your new situation. Allow me to assure you it is a perfect certainty that you will, very soon, feel better -- quite happy -- if you only stick to the resolution you have taken to procure a military education.... On the contrary, if you falter, and give up, you will lose the power of keeping any resolution, and will regret it all your life."
--From the June 28, 1862 Letter to Quintin Campbell

"I expect to maintain this contest until successful, or till I die, or am conquered, or my term expires, or Congress or the country forsakes me..."
--From the June 28, 1862 Letter to William Seward

"I am a patient man -- always willing to forgive on the Christian terms of repentance; and also to give ample time for repentance. Still I must save this government if possible. What I cannot do, of course I will not do; but it may as well be understood, once for all, that I shall not surrender this game leaving any available card unplayed."
--From the July 26, 1862 Letter to Reveredy Johnson

"I shall not do more than I can, and I shall do all I can to save the government, which is my sworn duty as well as my personal inclination. I shall do nothing in malice. What I deal with is too vast for malicious dealing."
--From the July 28, 1862 Letter to Cuthbert Bullitt

"The dogmas of the quiet past, are inadequate to the stormy present. The occasion is piled high with difficulty, and we must rise -- with the occasion. As our case is new, so we must think anew, and act anew. We must disentrall ourselves, and then we shall save our country."
--From the December 1, 1862 Message to Congress

"We accepted this war for an object, a worthy object, and the war will end when that object is attained. Under God, I hope it never will until that time."
--From the June 16, 1864 Speech in Philadelphia

"I have seen your despatch expressing your unwillingness to break your hold where you are. Neither am I willing. Hold on with a bull-dog gripe, and chew & choke, as much as possible."
--The August 17, 1864 Telegram to General Grant

"Again I admonish you not to be turned from your stern purpose of defending your beloved country and its free institutions by any arguments urged by ambitious and designing men, but stand fast to the Union and the old flag."
--From the August 31, 1864 Speech to the 148th Ohio Regiment

This is great! I'm going to refer all of my discouraged writer friends to this post:)

P.S. Joe I found a blog I think you'd find interesting. It is Joel Rosenberg's blog (he wrote The Copper Scroll which we are doing in book discussion group now). Here's the link: http://www.joelrosenberg.blogspot.com/

This was inspiring. Most of us have 'quirks in the works', and it is encouraging to read of what God can do in spite of human weaknesses.

Excuse me. Nothing in the world can take the place of Persistence. Talent will not; nothing is more common than unsuccessful men with talent. Genius will not; unrewarded genius is almost a proverb. Education will not; the world is full of educated derelicts. Persistence and determination alone are omnipotent. The slogan 'Press On' has solved and always will solve the problems of the human race.
I am from Jamaica and , too, and now am writing in English, give please true I wrote the following sentence: "Find and book cheap flights, airline tickets, hotel rooms, activities and attractions, cheap vacation packages, car rentals and cruises."