The Return of Civility 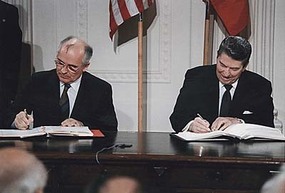 A few things came up for me personally as we've been going through the Book of First Peter in the Bible.  One of the big ones has been submitting to government and showing proper respect.  Over the last decade or so, it seems to me, respect has been becoming unfashionable.  First Peter chapter 2 tells us to respect authority. Yea but.....  what if that authority is somebody you didn't vote for or somebody that goes against your values?  Ummmm.. you mean like Caesar Nero?  The Christians suffered immensely under Nero, yet they showed respect and honor.

Something happened to me the week that Ronald Reagan died.  The Networks and the News Channels kept showing pictures of him with Mikhail Gorbachev. One of the commentators caught me off guard with a strange phrase, "Reagan didn't make his enemies adversaries."  I found that so puzzling. What in the world does that mean?  I think it means that you can have an enemy, but you don't have to be condescending, rude, undignified or be a jerk about it. You can have an enemy, respect your enemy and maintain your dignity.  When it came to Reagan's positions on Sovietism, the Berlin Wall and freedom of speech he would not flinch or back down. But you always got the feeling he liked Mikhail Gorbachev as a person.  If he didn't like him then he was the king of polite and decorum. I sense it was a combination of both. When Ronald Reagan died, some of the key people Nancy Reagan wanted to be around were Mikhail and Raisa Gorbachev.  WoW! 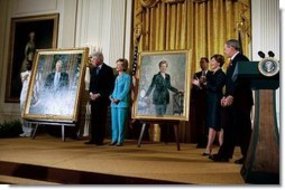 Something happened shortly after Reagan's death that got me thinking even deeper about these issues of dignity, respect, in short civility.  It was "The Unveiling of the Clinton Portrait at the White House." I happened to catch the whole thing as I was waiting for an appointment to show up at a restaurant.  George W. Bush was unveiling the portrait and said some very nice things about Bill and Hillary Clinton. Very nice. He called Bill & Hillary great a mom and dad. Said they were great role models. Said they were dedicated public servants liked by the people. The kind words went on and on.  It is really worth reading the speech.  Click here to read it on the White House page.

I was brought up to respect authority, not that I always did, but I was taught and I agree that you treat ALL authority with respect. I fear that we as Americans might be losing our civility. If we are, we stand to lose the very soul of our nation. Our dignity.

I'm trying to live out Peter's words, 1 Peter 2:17 "Show proper respect to everyone: Love the brotherhood of believers, fear God, honor the king."

I've been noticing for some years that Christian apologists and now Christian pastors and ministers (as well as Christians in the marketplce) seem to have little problem calling people names, making fun of them (in a condensending manner) and coming up with derogatory terms for people that are in positions that derserve respect by virute of the office. What's happening to us?  We're becoming worldly and taking our cues from news commentators that are part entertainers / part news analysts.  We're the representatives of Christ on earth. Not only did Reagan win the battle, but won the friendship. Living by biblical values has incredible power, regardless of who practices them. Shouldn't Christian spokes-people be at least as polite as George W. Bush is to Bill Clinton?

The dictionary defines civility as "Courteous behavior; politeness. A courteous act or utterance."

I'm advocating for a bit more civility and respect in our society. Let it begin with me.  What say ye?  Jesus assures us that the peacemakers are still blessed. 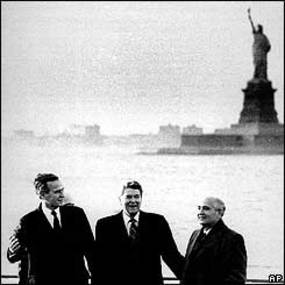 Joe, thanks for reminding us that the world will know us by our love, and that the fruit of the Holy Spirit will reflect Jesus in all we do, all we say and how we treat others. I was thinking recently of how the world thinks of Christians these days...A poll was taken recently (according to CNN, I think) and most Americans think Christians are harsh, judgemental, hypocritical. Let it not be true for those of us who call ourselves His.

So Joe, where should we begin practicing civility and respect for authority. May I suggest the home! Children and wives respecting the authority God granted to their father and husband. Men respecting the authority of Jesus as a servant leader and follwoing His example by being a servant of their wife and children. Treating eachother with a tender heart. Hey, aren't these a few of the attributes of LOVE!

a few years back I was watching one of the late shows the host began verbally bashing our President .I remember being totally shocked.its been down hill since! I believe it starts with oneself and its to be practice in all our affairs.Colossians3:12-17 Thank You Jesus!