Who Would Have Thought Falwell & Larry Flynt Were Friends? 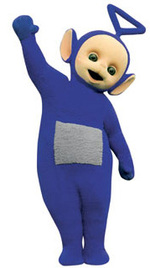 One of the big phrases being thrown around today is "being missional."  What's that mean?  It means that some people believe (rightly so I think) that we need to be engaged in the culture around us and not always on the attack. That We need to befriend people, listen to them, understand them. Who might these folks be?  Cool guys with cool glasses and non-religious speeches? How about Jerry Falwell?  He had a way of being friends with folks that radically disagreed with him. I wish I had known him personally. Someday.  Anyway here's a few quotes from folks that did know him, including Larry Flynt. Jesse Jackson also claimed him as a friend. This is especially interesting considering in the early 60's Falwell was an outspoken segregationist. Wow, can Jesus change people's thinking around? And our friendships!  There is no evidence he ever reconciled with the Tele-tubbies though. Oh well!

"He was a man who set a direction. He was someone who was not afraid to speak his mind. We all have great respect for him ... he is a person who told you what he thought, and you knew where he stood." — Republican presidential candidate Rudy Giuliani.

"Over the years we became friends; sometimes we had polar opposite points of view. ... I have many fond memories of him. He leaves a great legacy of service and a great university behind. He's left his footprints in the sands of time." — The Rev. Jesse Jackson.

"Jerry Falwell was a close personal friend for many years. We did not always agree on everything, but I knew him to be a man of God. His accomplishments went beyond most clergy of his generation. Some of my grandchildren have attended and currently attend Liberty University. He leaves a gigantic vacuum in the evangelical world." — Evangelist Billy Graham.

"My mother always told me that no matter how much you dislike a person, when you meet them face to face you will find characteristics about them that you like. Jerry Falwell was a perfect example of that. I hated everything he stood for, but after meeting him in person, years after the trial, Jerry Falwell and I became good friends. ... I always appreciated his sincerity even though I knew what he was selling and he knew what I was selling." — Hustler magazine founder Larry Flynt.