RACE: The Power of an Illusion
Christians in the Workplace 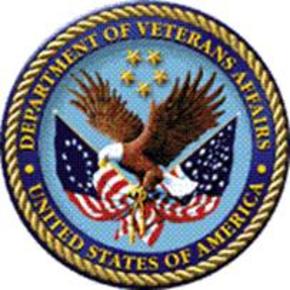 Hey Thanks!!!  This weekend is Veteran's Day.  Not only do we get to honor our veterans, but we get a day off!

Church was a lot of fun today, with special guest artists Maeve, who just seem to get better and better.  They sold all of the CDs they brought of their new project, produced by Nico Boesten. They were telling me today that their newest offering to come out in the beginning of 2008 is a Charlie Peacock project, so that should be a LOT of fun.

We talked about work today and towards the end we had all of our veterans stand up. And we had a LOT Of them between the four services! We had people from every branch of the armed forces. The coolest thing was the spontaneous applause, which really couldn't be stopped. It went on and on! It was so encouraging to be able to say thanks and honor those that have served us. So although we already said it once, I'd like to say it again. Thanks!!!  And thanks again!

I know that I am definitely appreciative of our veterans... my dad included. I never realized how important it was to me until I came to an Anabaptist college... separation from of church and state is a big one for the Anabaptists. No flags in places of worship, no "secular" holidays and big pacifists. This means holidays like memorial day and veterans day are ignored. This is pretty disheartening for me. I grew up as the son of the commander of the local VFW post and spent every 11/11 at the town hall with a small gathering of people, often in my boy scout uniform honoring our veterans. Well... all that to say thanks veterans you are appreciated!

Amen. Thank you. Serving like you do-- risking your life like you do for freedom-- is one of the most Christ-like things I can imagine. I am indebted to so many men and women I've never met. God, bless and protect them.

My Dad was a Command Master Cheif and served in the US Navy for 42 years. I spent many years longing for his return from sea. Even now as he has gone to be with the Lord I think of him as being deployed. He enjoyed the work immensely and taught us, his children, a great respect for the military. Because I'm familiar with the lifestyle of sacrifice which permeates a military family, my heart goes out to these families.
I wish I had more courage to personally thank military personal but I often cry like a little girl who misses her daddy when I attempt to do so.
As I compose this on my laptop, grateful tears flow. It is because of you I raise children in a warm, safe, home, which my husband and I own. It is because of you I'm free to create a meaningful and profitable work life. Most importantly, it is because of you, our family worships God freely in a fellowship of our choice.
You are doing the work of Jesus, laying your life down for a somewhat wayward nation whose gratefulness is often veiled. But here, right now, receive a most sincere thank you from a family who has benefitted exponentially from your sweat and blood. What you are doing matters. It is working, we are still a free nation, under God.
May you and yours be blessed forever and ever, Donna Ingram

My father served 20 years in the Navy, and fought in both the Korean War and WWII. I don't know if I ever really said thank you to him while he was alive. My brother is a Lt. Col. in the Air Force, and has been in for about 23 years. I, too, am grateful for all the men and women who have sacrificed so much to protect our freedom, and to be caretakers for so many nations around the world. May God richly bless you and your families as you lay down your lives for us.