"This World is Not My Home:" Interview With Larry Norman
Ryan Griggs on the Easter Service Program 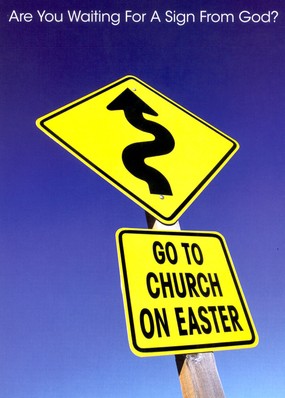 Easter this year is: Sunday, March 23, 2008, as you may know Easter is always the 1st Sunday after the 1st full moon after the Spring Equinox (which is March 20).
This dating of Easter is based on the lunar calendar that Hebrew people used to identify Passover which is why it moves around on our Roman calendar. Found out a couple of things you might be interested in!

Based on the above Easter can actually be one day earlier, March 22nd.; but, that is pretty rare. This year is the earliest Easter any of us will ever see the rest of our lives! And only the most elderly of our population have ever seen it this early (95 years old or above!). And none of us have ever or will ever see it a day earlier!
Here are the facts: The next time Easter will be this early (March 23) will be in the year 2228 (220 years from now).

So, it's not just my imagination that Easter seems earlier than ever! Well, God's timing is always perfect -- so He must have great things planned this Easter!

Joe,
You may be interested, (I think) in the fact the the dating of Easter was a reaction AGAINST the Hebrew calendar that determined when Passover would be and that the dating for it was based on a set of preferences on the part of the church around the time of Constantine. For more info, see
http://www.geocities.com/Heartland/8149/date.html